A Brief History of the Origin and Etymology of Italian Surnames

A Brief History of the Origin and Etymology of Italian Surnames

Italian last names were not that common prior to the 15thcentury. The use of surnames began as a result of population growth and to be able to distinguish one family from another. In the early 16thcentury, churches had to register marriage certificates using couples’ first and last names. This was done to stop marriages between relatives. 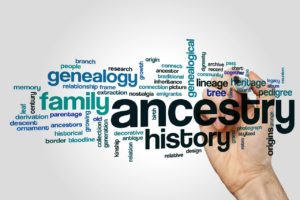 If you are of Italian descent, it is fun to trace your family lineage to find out how your surname has changed over the centuries. The origin and etymology of Italian surnames come from a variety of sources, including:

First Names of the Head of Household

It was common to choose a child’s surname based on the first name of the head of the household (father). For instance, if the father’s first name was Sebastian, some variation of this with an “o” for the last name or using “di” or “della” in between the first and last names was common. If the child was name Matteo, their surname could be Sebastiano or Matteo della Sebastian.

The spelling of surnames was further altered by using local dialects when coming up with the family’s last name. For example, people from the Sardinian region would often add a “u” to the end of the surname, whereas those from Palermo would add “in” or “im” to the beginning of the last name.

The Nickname of the Head of Household

Translation into English or Other Languages 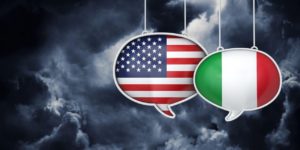 Another practice was to alter Italian last names so they sounded phonetically correct in the native language of the country when immigrating. For example, if your last name is Andrea, your ancestors could have had the surname Andrei.

Immigrants also had their surnames changed as a result of vowels being dropped, so the surname was shortened. For instance, Sbarbaro could have been changed to Sbaro or Sbarbar.

Due to surname changes over the centuries, and many Italians immigrating to the U.S., Canada, and other countries, your name could have been changed at some point. If you are trying to trace your family lineage to find out if you qualify for dual Italian citizenship, it could be necessary to consider surname changes to find your ancestors.