Italian Dual Citizenship and the Naturalization Process for Minors

Italian Dual Citizenship and the Naturalization Process for Minors

There can be some confusion about Italian dual citizenship and the naturalization process for minors. In certain cases, where one of your Italian-born ancestors immigrated to the United States and already had minor children (also born in Italy) when they immigrated, they may no longer qualify for dual citizenship status.

This could have occurred if your ancestor and their minor children were naturalized and become U.S. citizens. In effect, they renounced their Italian citizenship and became citizens of the United States. As such, the passing on of Italian citizenship rights would not occur. Immigration laws of the U.S. and Italy are precise on this issue and there are no exceptions. 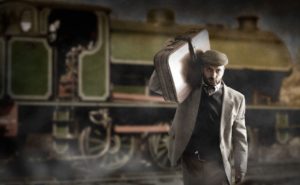 What if Minors Were Born After Immigration to the U.S.?

Italian citizenship laws were written in such a manner that allows a child, born in a foreign country who automatically becomes a citizen of that country through jus soli, the right to retain their Italian citizenship. The U.S. Constitution was written in such a manner that any children born in the U.S. of immigrants to this Country, automatically are U.S. citizens through jus soli.

The 1912 Rule prevents Italian ancestors from passing their citizenship rights to minor children if the ancestor was naturalized as a U.S. citizen before July 1, 1912. The 1948 Rule went into effect on January 1, 1948, and only allowed descendants of Italian immigrants to claim citizenship through the male side of the family if they were born before this date.

Females were not allowed to pass their citizenship rights along to their children before January 1st, 1948. If the children were born AFTER January 1, 1948, then they can claim their right to dual citizenship status through the female side of the family.

These are just some of the various immigration and citizenship laws used to determine whether a minor child born in the United States with Italian ancestors qualifies for Italian citizenship through jure sanguinis.

To find out if you qualify for Italian dual citizenship status through your ancestors, as well as other options for Italian citizenship, please feel free to contact the Italian American Citizenship Assistant Program (305) 812-5512 today!

Can Husband and Wife Apply for Citizenship Together?

How Long Does It Take to Get Citizenship in Italy?