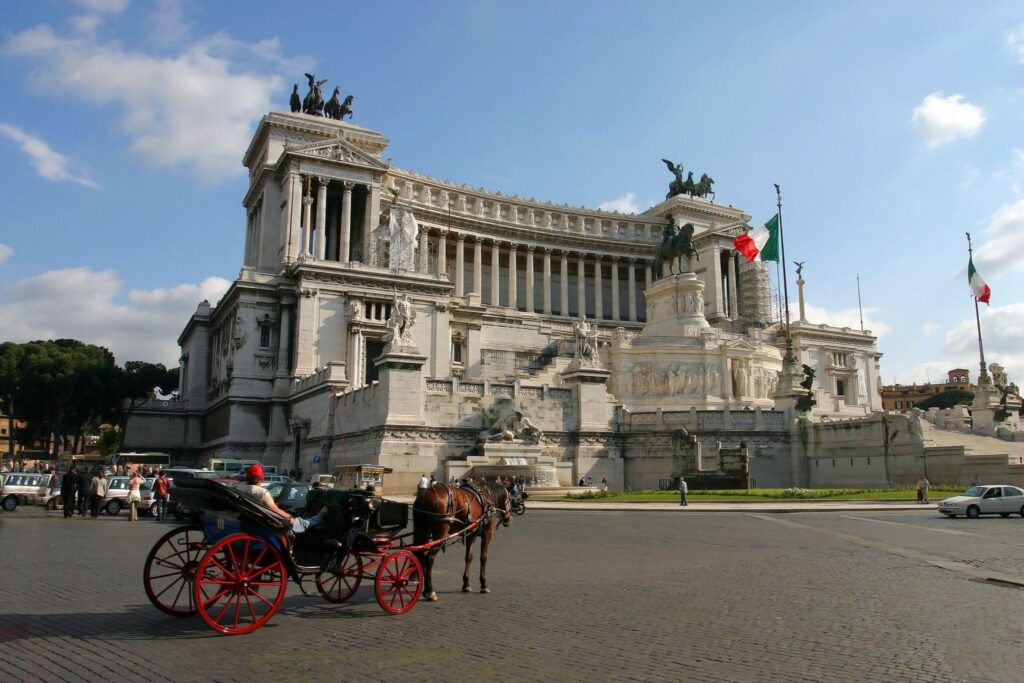 Standing in the Piazza Venezia is an Italian landmark that honors the creation of a unified Italy and is one of the national symbols of the country. Sometimes called ‘The Wedding Cake’ and other nicknames, il Vittoriano is widely revered, frequently visited by tourists, and occasionally the center of architectural controversy.

Let’s look into the history of the Rome Wedding Cake Building and how it honors King Vittorio Emanuele II while simultaneously representing a free and united Italy.

The First King of a Unified Italy

Vittorio Emanuele II was the King of Sardinia until March 1861 when he became the King of Italy. This was the first time Italy was unified and independent since the 6th century. He was called by the Latin title Padre della Patria or Father of the Fatherland.

He was born in Palazzo Carignano, at the current site of the Museo del risorgimento and was buried at the Pantheon. The Victor Emmanuel II National Monument, or Monumento Nazionale a Vittorio Emanuele II, was built in his honor between 1885 and 1935 and is also known as Altare della Patria or the Altar of the Fatherland.

The Architecture of the Rome Wedding Cake

The il Vittoriano is located in Rome, Italy, between the Piazza Venezia and the Capitoline Hill. It was conceived as a modern Roman Forum, with three levels, and built of white marble. Several historical buildings were removed to allow the monument to Vittorio Emanuele II to be built on the site, and its newer design stands in contrast to the other monuments of ancient Rome in the area.

It does preserve an altar of the Goddess Rome and a shrine to the Italian Unknown Soldier, encompassing and protecting these landmarks. The combination of recent history melded with the ancient is one of the unique architectural perspectives for which Italy is famous.

Loved by Some, Reviled by Others

To some, the monument is an impressive and symbolic representation of the struggles for unity and freedom in Italy. However, Mussolini often used the site for military parades and speeches during World War II, and some still associate the monument with fascism for this reason. It was closed to the public after World War II and only reopened 40 years later in 2000 after renovations and modern exhibits were completed.

The size of the building, its layered appearance, and its white marble construction have led to the Wedding Cake nickname, although it is also referred to as ‘The Dentures’ and ‘The Typewriter’ by architectural detractors. Despite these tongue-in-cheek titles, it remains a beloved landmark, symbol of unity, and essential cultural destination for those visiting Rome.

If you have the opportunity to visit il Vittoriano in Rome, you will find: 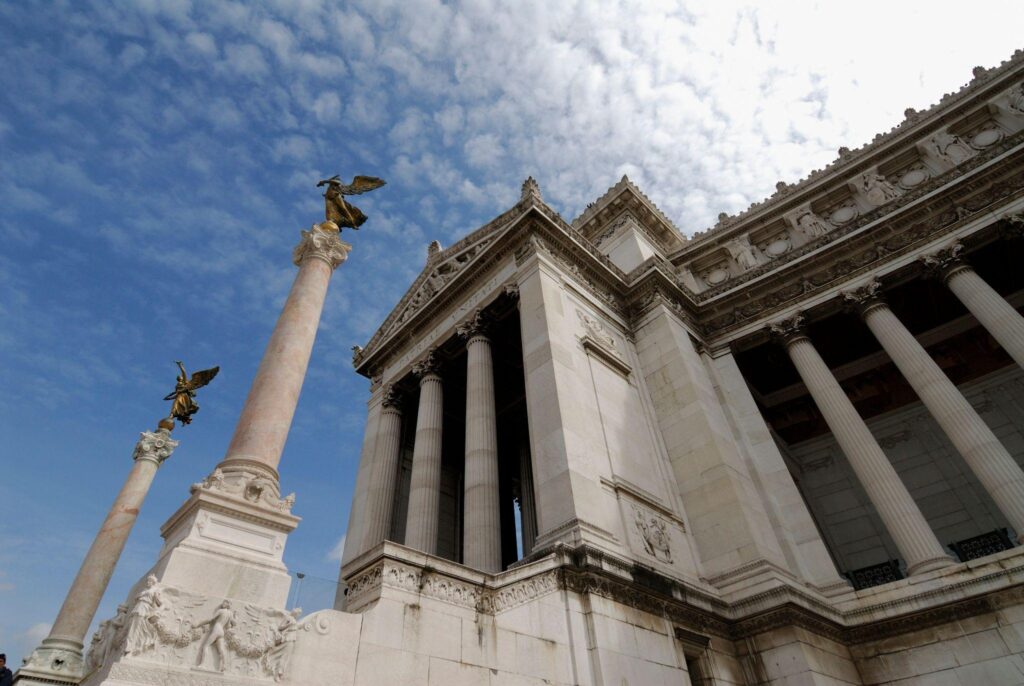 Spend as Much Time in Italy as You Wish

There are many whirlwind tours of Rome that miss the famous Rome Wedding Cake simply because there is so much to see and do in this ancient city. There is even more to explore in the Italian countryside and other destination cities like Naples, Florence, and Milan. What if you could spend as much time touring Italy as you like? You could even move to Italy and experience the history, culture, and cuisine as part of your daily life—if you become a dual Italian citizen.

Italy allows dual citizenship to those with qualifying Italian ancestors, by marriage, or by residency and naturalization. Italian citizens can live and work in Italy and the EU, and they enjoy many benefits not available to tourists traveling on a visa. Find out more about the possibility of becoming an Italian citizen with the Italian American Citizenship Assistance Program and a free 30 minute consultation today.